Do you know what can make three girls who love to sleep in on their holidays get out of bed before 5am? Mostar surely did. 6am the three of us jumped (or more like scraped ourselves) in to the bus taking us from Promajna, Croatia over to Mostar in Bosnia Herzegovina. The endless yawnings and “whyyyy do we do this to ourselves” were however quickly exchanged with excitement on this day trip.

Mostar, located in Bosnia Herzegovina, is an old city that used to be important for trade routes due to it’s location. The famous bridge, Stari Most, built in 1556, goes over the river Neretva that runs through Mostar. In 1993, during the war, Stari Most got destroyed, but it was reconstructed (with original stones from the bridge, actually collected up from the rive – how cool is that?) and rebuilt in 2004. In 2005 it was listed on UNESCO’s World Heritage list. 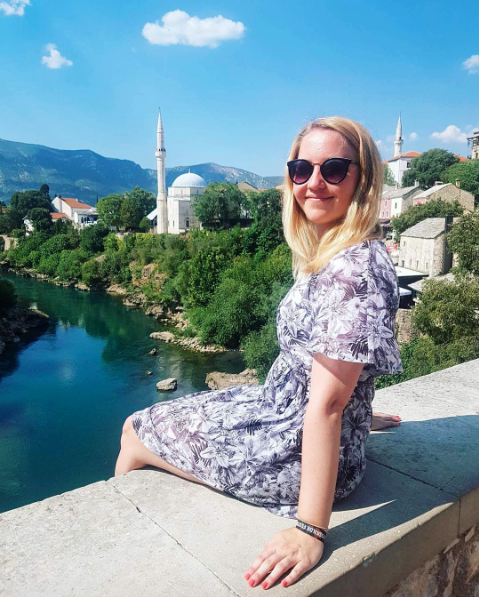 Mostar is often referred to as a “divided city”, with catholics living on one side of the river, and muslims on the other. This is really an interesting city, both because of it’s history, the beautiful Stari Most and the fact that it’s still “divided”. I therefor got really excited when I found out there was offered guided tours to Mostar starting out from where we stayed in Promajna, Croatia. 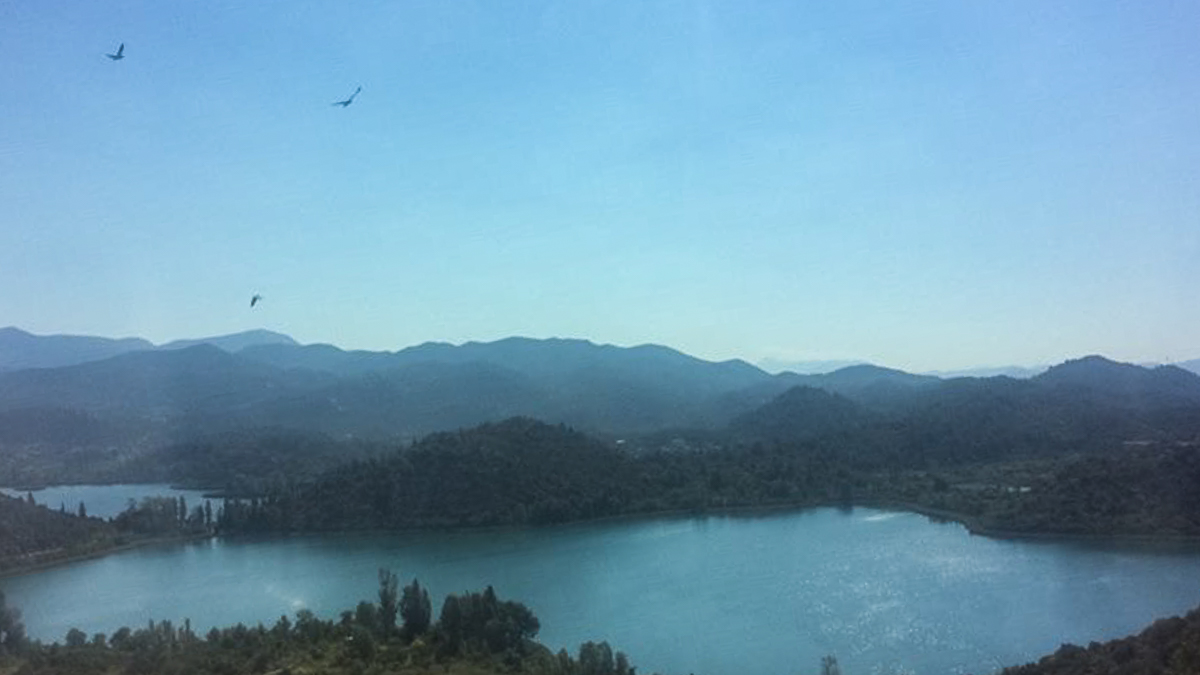 Mostar is located about 3,5 hours bus drive away from Promajna (including a toilet break and the border control between Croatia and Bosnia Herzegovina, remember your passport!) On our way there, a Croatian guide on board told us about how living in Croatia was before and after being part of Yugoslavia. To have someone who’d experienced both times describing everything from living standards, pays or the educational system was really interesting, and the drive sure felt way shorter because of her. For example, did you know that a lot of the families who fled the country during war times now can’t afford returning back because education has become too expensive after the country’s “freedom”? I surely did not. I’d really love to hear more stories like hers, and to expand my horizon.

Pressing my nose against the window I could watch the landscape Croatia pass outside. Beautiful. As we were reaching the borders of Bosnia Herzegovina, the tour guide walked around inside the bus, collecting all our passports. I have to admit that being in a foreign country, and giving away my passport felt mildly scary. “So, what do we do if she does not come back with our passports?” we joked as we could see her walk off the bus. “Do we go for Croatia or Bosnia Herzegovina as our new home?” Luckily, within a few minutes the guide returned to the bus, we all got our passports back, and the bus crossed over. 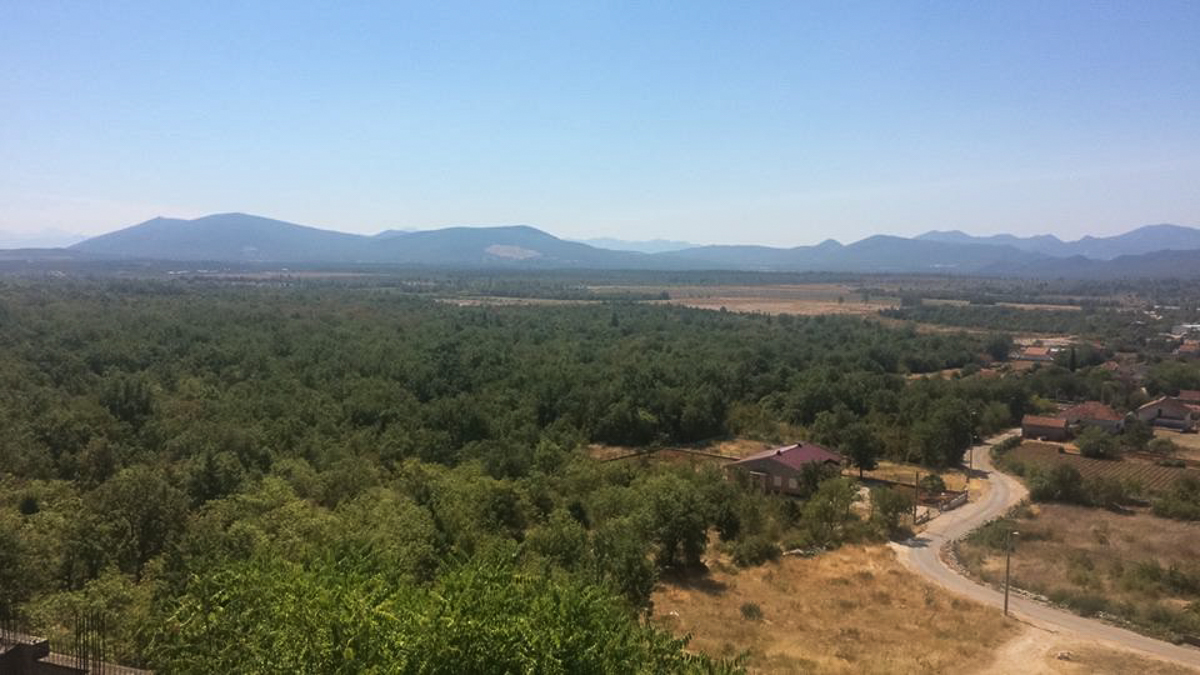 In Mostar we met up with a local guide who took for a short visit to a mosque, and also to an older aristocrat house filled with beautiful carpets. After seeing Mostar from the muslim side of the city, we went to see Stari Most, and the other, catholic part of the city. It was really interesting to see the diversity between the two sides. On one side you’d see a huge Christian cross up on the side of the hill, while on the other you had several mosques. 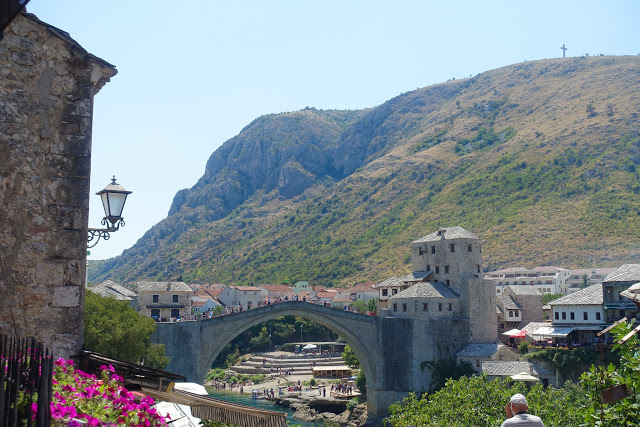 We were then left with some time alone to explore the city, take loads of photos, and find somewhere in the shade (Mostar is a beautiful city surrounded by mountains, the day we were there was described as a rather pleasant day, and it was still 36 degrees in the shade). We ended up at a cozy restaurant located alongside Neretva, where we enjoyed our lunch and some ice cold sodas before we went back to the bus. I definitely need to go back to see and explore more of Bosnia Herzegovina, as it looked incredible beautiful, and definitely has a lot of interesting histories for me yet to discover. 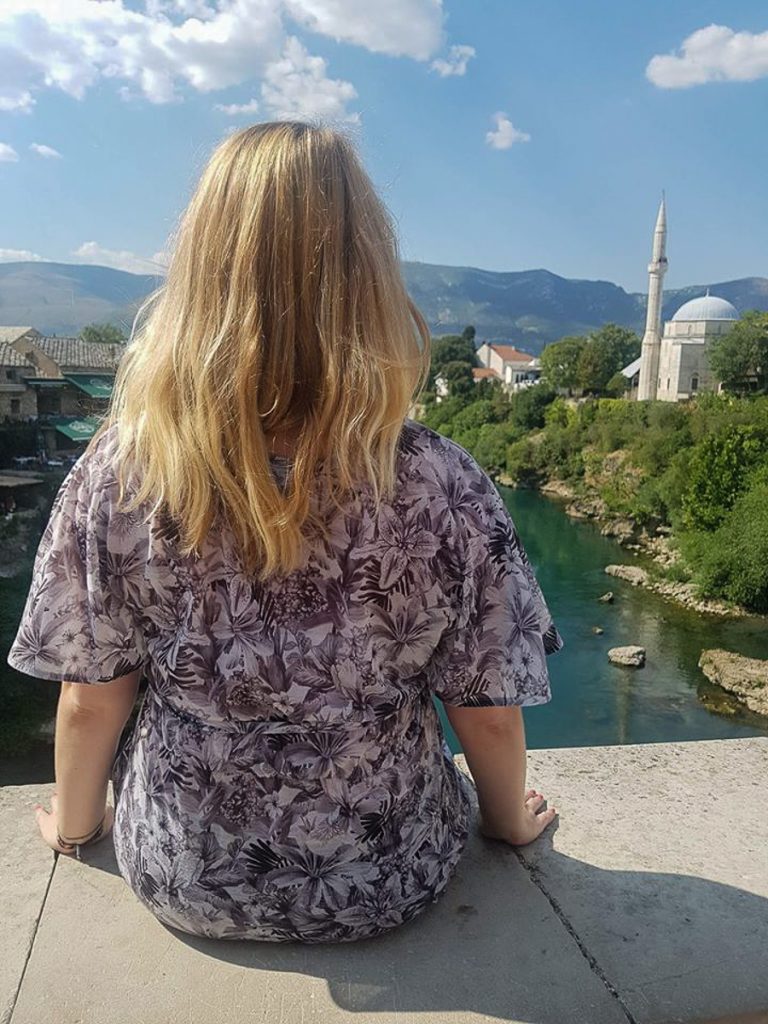 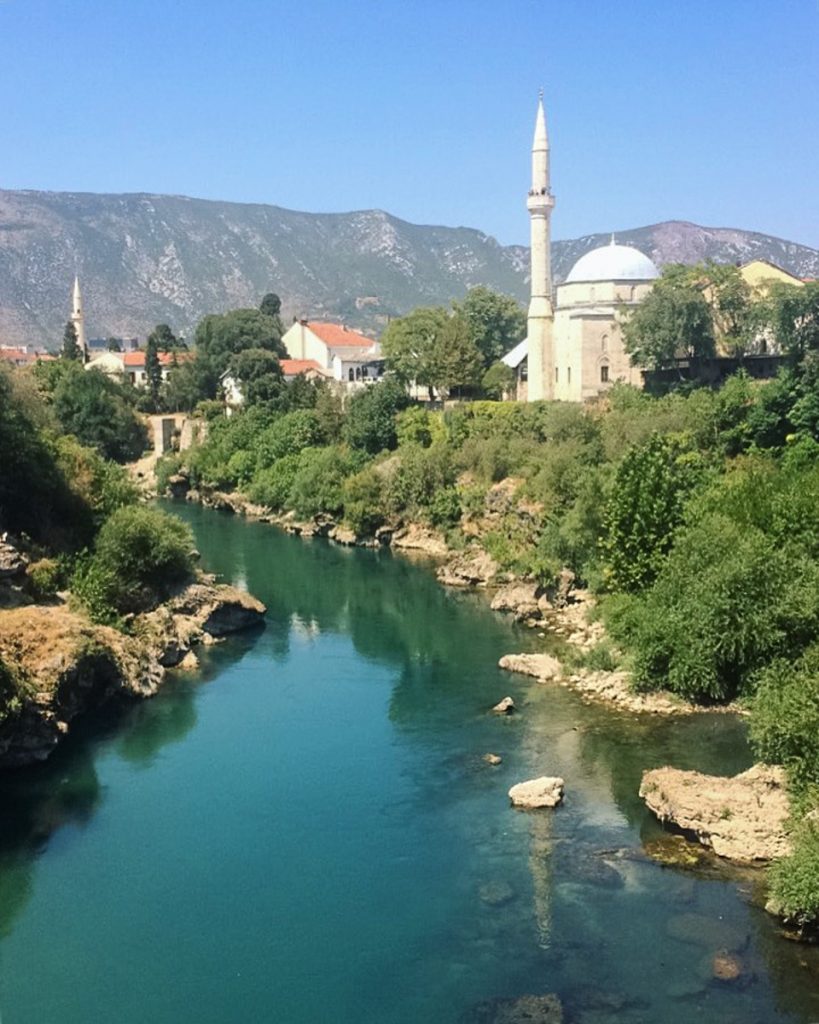 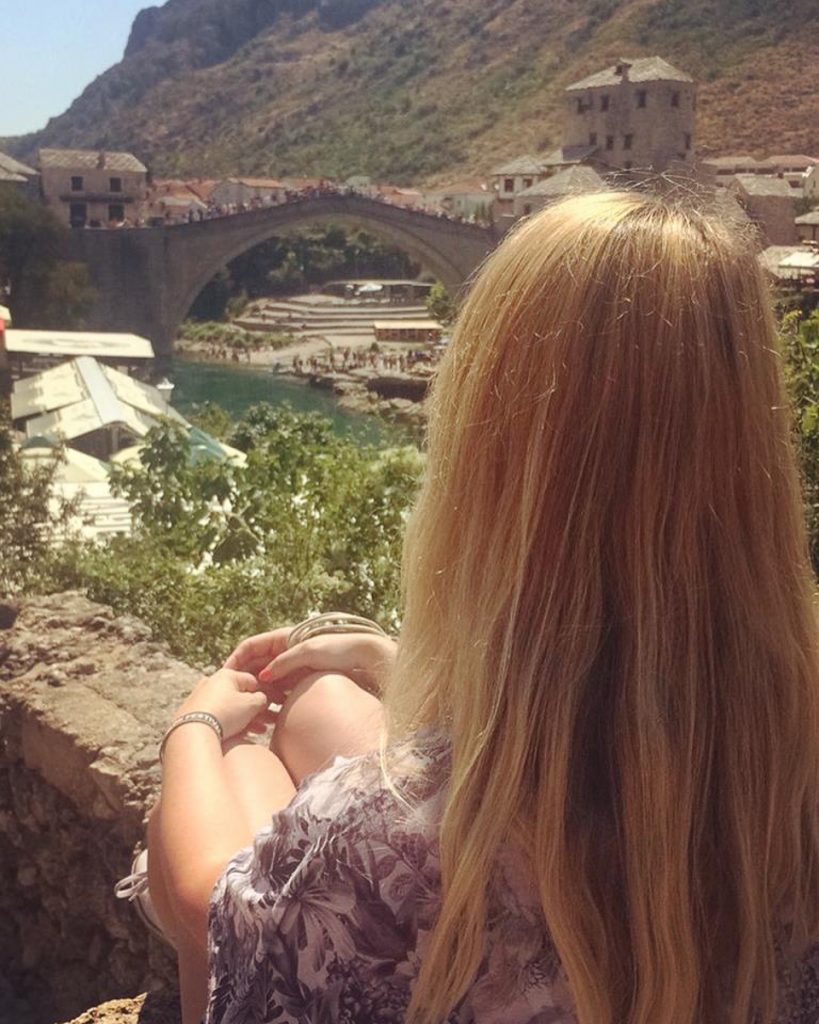 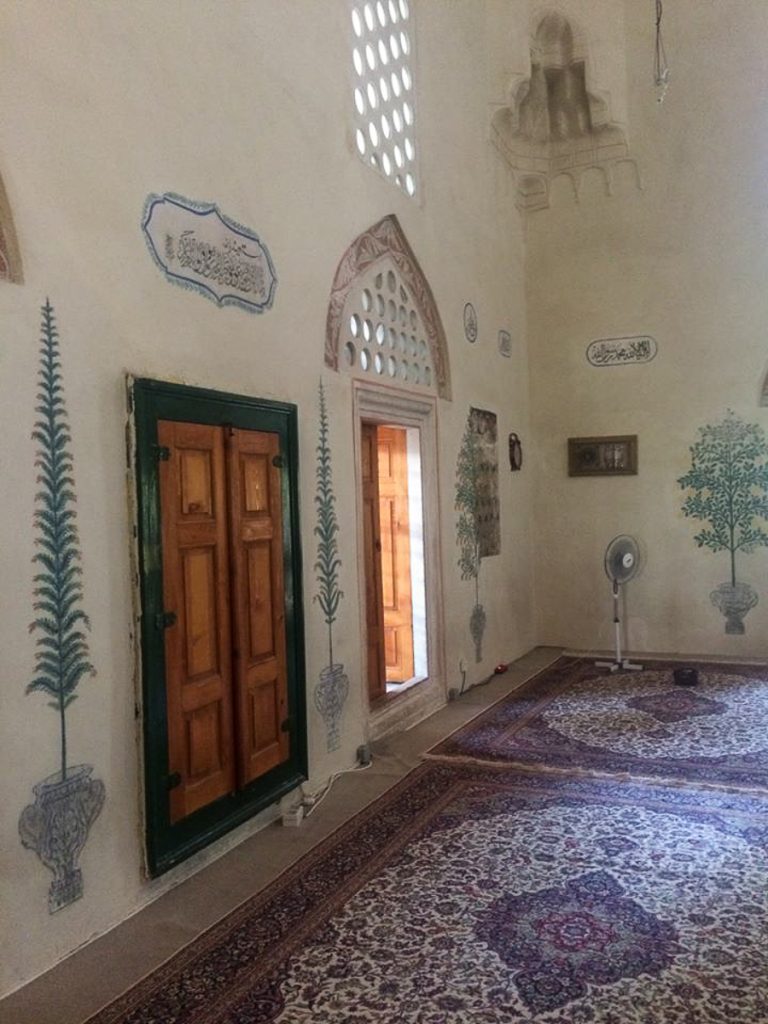 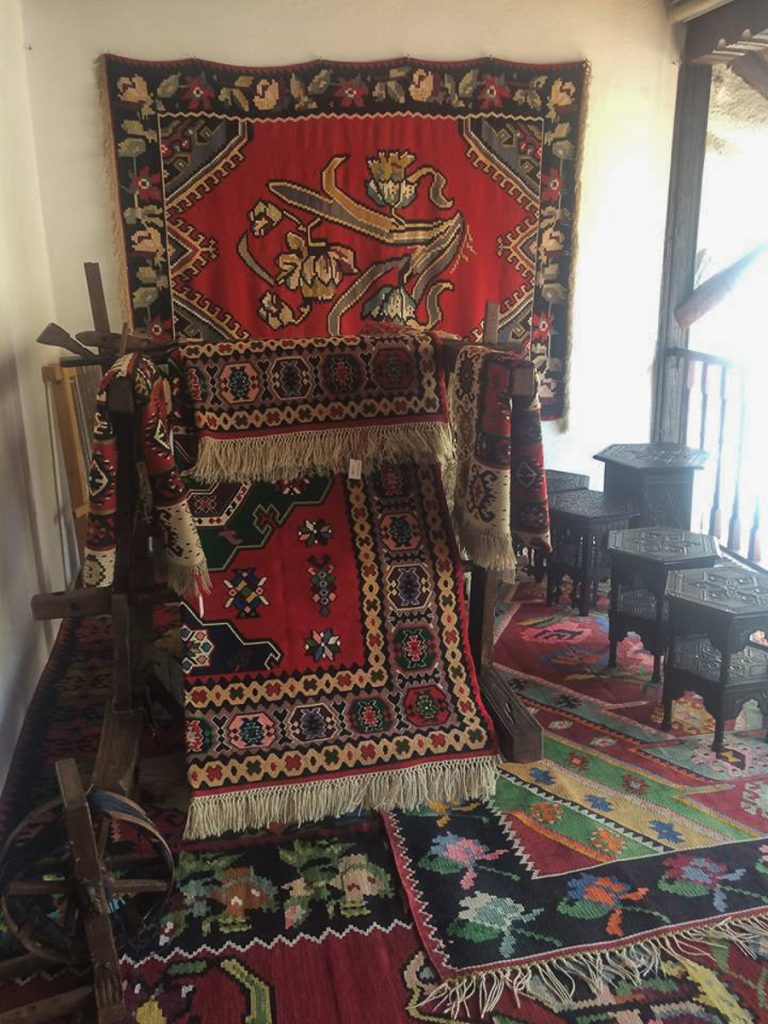 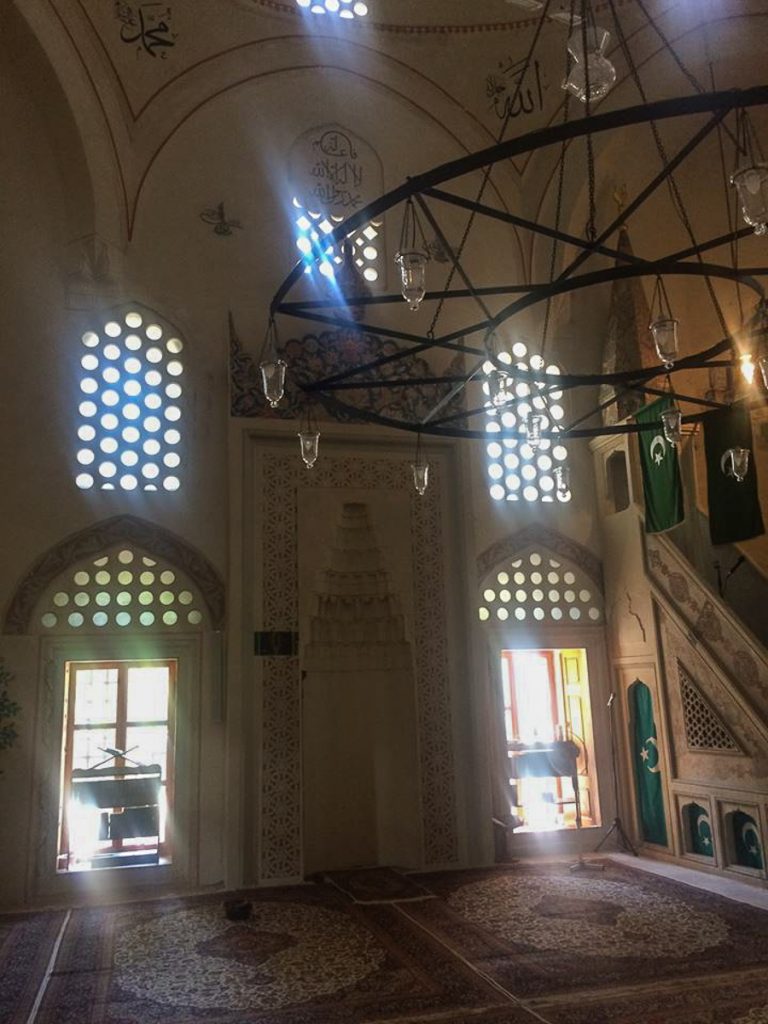 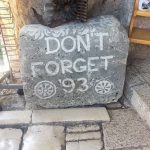 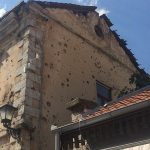 Special thanks to Caroline for some of these photos!

This makes me want to go to Mostar now! Looks absolutely Beautiful 🙂

Ah I love Bosnia, this post makes me homesick for it <3

Bosnia seemed really cool, definitely would love to see more of the country. 🙂 Thank you!